Political talk shows pakistani tv broadcast in the evening often draw large audiences. The hosts usually ask the panelists to give their opinions on current events. The panelists then debate, and the host often tries to mediate between them.

Importance of the role of talk shows

Many Pakistanis watch these talk shows to get information about what’s happening in the country. They also enjoy watching the panelists argue with each other. Some people believe these talk shows are responsible for further polarising society, while others think they’re a necessary part of democracy.

The role of talk shows in media presentations is essential to entertaining and informing the public regarding several happenings inside the country. It is a critical element of a democratic state to create a conducive environment and highlight the social and democratic experiences in front of the viewers.

This responsibility has become more challenging in today’s era of electronic media, where we can get information from all over the world in a microsecond with one click. 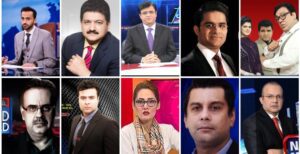 In political talk shows Pakistani tv, the political debates and talks are the most popular throughout the year. It is sometimes an open challenge to a participant to come and fight openly and defend the side of their party or group in front of everyone. Sometimes these debates last for a long time, and these debates are recorded, and clips are provided according to the intent of any person.

The anchor asks critical questions and molds the situation according to his wish to show to the media and get maximum coverage and rating for their channel. He uses many controversies making questions that have several meanings that provide the eat to the debate and make it spicier for listeners.

Is it the media or the mafia?

Channel rating matters a lot for the owner who organizes such unhealthy and unethical debates to get maximum rating and coverage that positively affects the channel’s income.

But they are playing with the minds of innocent people of their country. The public becomes the victim of this mafia. They are only showing negativity about their leaders.

These talk shows are also available on youtube and can be watched 24/7. Several channels such as Hum TV talk shows, ARY News, Geo News, and many other live talk shows and, political tv shows, are available on youtube and even accessible at any time to the audience. famous talk shows in Pakistan are watched in other countries as well, overseas Pakistanis are also interested to watch the current affairs regarding their country. political talk shows list, that is very famous in the audience and being watched throughout the world.

Talk shows are gatekeepers of information

Undermining the part of the media in advancing majority rule government in a nation. This part is essential for the predominance of equitable and political understanding among the open.

Since the media falls flat in applying self-regulated rules of gatekeeping upon itself, various laws by the government in reaction to lustful occurrences in a conversation appear to be forced on the media but are rarely respected. Media direction in Pakistan has gotten to be an act that’s considered an endeavor to curb media flexibility within the nation. While the inverse of what may be genuine given the recurrence of uncivil episodes being disclosed on prime conversation appears.

The conversation appears to give the stage for specialists and authorities to examine issues in the open and leave room for encouraging talk. This tragically isn’t the case with most conversations appearing in Pakistan. Most of the conversation that appears is surrounded in a way that raises into warmed debates. This takes absent the rights of the citizens to an objective media that capacities to build what they consider as their reality and eventually shapes the political setup of the nation.

Unless the culture and tones of those surrounding the news and conversation appear to alter, there be no conclusion to the obscenity shown on our national channels, in parliament, and back on the boulevards. This is often maybe the key lesson within the age of data where stories and explanations get ready the bigger unhealthy for society

In these shows, the politicians usually use inappropriate, offensive and abusive language to defame or let down their opponents.

All over the world, talk shows are considered the primary source of entertainment and information on various issues and topics related to their country. The leading case of these talk shows seems to revolve directly or indirectly around political affairs and issues, and the political happenings are discussed throughout the year. People also want to know the essential factors changes in policies and rules by the government through these talk shows.

No doubt, the media, and political talk shows Pakistani tv have made the awareness regarding current affairs and made the innocent public acknowledge the day-to-day happenings in the state. Still, the etiquette of a civilized society somehow seems missing in debates. The angry politicians throw garbage of their blame on the head of the opposition, and this thing is spoiling the youth of an organization. This continuous brainwashing demolishes the patriotism the evil politicians are showing them only the negative side of their country. They become dishearted and prefer to leave their country and migrate to other countries for a better future. These t]debates are unproductive and never end up on any decision. These greedy politicians only fill their pockets and make their assests but do not spend the country’s assets on the development of their own country. This is the reason for remaining in a developed state for several years.

The media and representatives are the most encouraging and build a healthy society. Still, they only target innocent viewers who trust their words and stand by their sides. The channels should take it seriously to present a unique but ethical and truthful presentation. 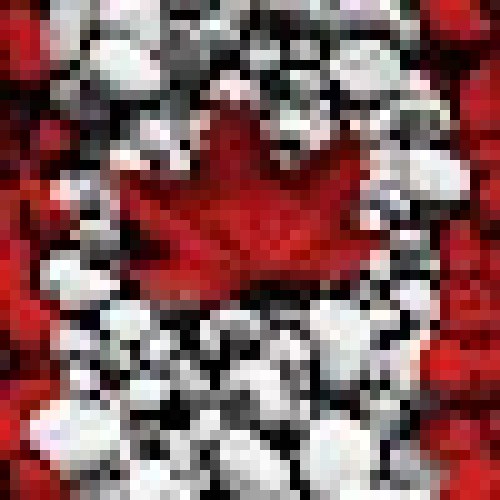 Allina
Previous articleGet 1000 Likes on Your Next Post with Auto-Likers! that make you succeed
Next articleHow to Pick Out the Best High Heels for Kids

The Untold Story Of Claire Abbott, The Disappeared Instagram Star

How To Buy Mid-rise Jeans At Evaless Right Now

We are a technology website that covers the latest news and gossip in the tech industry. We also cover celebrity news, fashion, and games. Our health section is full of informative articles, and our business section is packed with tips and advice.