Jigsaw Puzzle Deluxe, what are the 5 interesting facts?

One of the most interesting games on the market is Jigsaw puzzle deluxe, available both online and offline.

The game was released in August 2018. Jigsaw Deluxe, like other puzzle games, has one key characteristic that makes it so popular. This lovely artwork is made up of many diverse parts. The game also includes an arcade mode in which players must piece together bits of an image floating around the playing area to form a picture.

Players get points by collecting photographs in the game, and there are plenty to pick from. The scores can be used to open a fresh picture for gathering or selecting new puzzle parts, as well as to determine how many pieces the picture will be split into.

Jigsaw puzzle Deluxe, the finest online puzzle game, has hundreds of riddles waiting for you. Play puzzle games on pets, cats, landscapes, cuisine, or anything else that comes to your mind. You may choose the photographs you want to play with from the many available or you may create your own.

Have you ever thought about solving the history of jigsaw puzzles if you’re a puzzle expert?

Wouldn’t it be wonderful to join t jigsaw pieces of how it begins before it becomes the most popular board game of all time? Today is your blessed day! 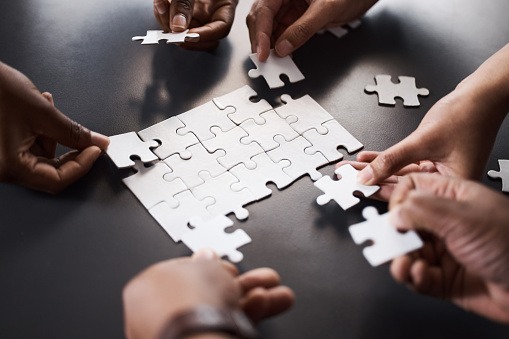 The Jigsaw puzzle was named as “Tiling puzzle” due to its structure and that’s why it was a new and innovative intention of that time. The earliest puzzle was developed by map makers in the 18th century. The main purpose of this Jigsaw was to understand the geographical maps students, in 1760 scientist John Spilsbury cut down the map into different pieces and pasted them on pieces of wood.

He didn’t think that he invented the Jigsaw unintentionally but since then youngsters in the schools learned maps by solving the jigsaw puzzle. Spilsbury’s puzzles were also marketed to prestigious boarding institutions. Now the new trend had started because other inventors also create many Jigsaw puzzle other maps.

Why did we call Jigsaw Puzzle Delux? How originally did we name it?

According to inventors, it was invented for the purpose of better understanding maps, therefore a piece of map was attached to wood and then cut into pieces using a jigsaw, which cut the sections with correct lines and curves.

Originally this puzzle was named “Dissected Maps” this was the ancient name of the Jigsaw puzzle when John Spilsbury cut the map of Europe into pieces. In 1909, the manufacturer of Jigsaw puzzles use the mechanical type of saw to make curves and difficult designs on wooden boards and soft cardboards.

How was Jigsaw Puzzle Delux proved as a medical tool?

The puzzle is very helpful for a disordered child to understand and learn many things, Autism is a neurological disorder that affects a person’s nervous system. Autism spectrum disorder (ASD) manifests differently in each individual; it comprises a developmental impairment to speak, conduct, and engage with others. These symptoms usually occur between the ages of 18 months and 3 years and Jigsaw puzzles aid in the cooperation of the left and right brains.

The left brain serves as the logical hemisphere, while the right brain serves as the creative hemisphere. As a result, puzzles are ideal for children with autism who want to improve their fine skills like reading and writing abilities, and even explore new textures and sensory input. It is an excellent brain workout for improving the growth and development of new things in the brain.

Did You Know that Human Skin can also be part of a Jigsaw Puzzle?

Yes, this is true that human skin can also the part of a Jigsaw puzzle deluxe his name is Enigma the first person who thought about this and designed 2,123 puzzle pieces on his face and different body parts with the help of 200 tattoo artists and commissioned by Paul Lawrence.

Now he is the most tattooed man in the whole world and he did not stop there on puzzle pieces he tries to modify his body through several modifications in his ear reshaped, introducing a horn on his body, and many things.

Did you know about the world’s very interesting and difficult Jigsaw Puzzle Delux?

Well, Paul Lamond Games created this problem, which requires both sides to be done at the same time. The tiles must have the same form, color, and size on both sides. For weeks, there will be no end to the questions you will have. According to the Amazon reviews, the puzzle is difficult at first, but after you grasp the pattern, it’s not too difficult. The trick is now clear to you. 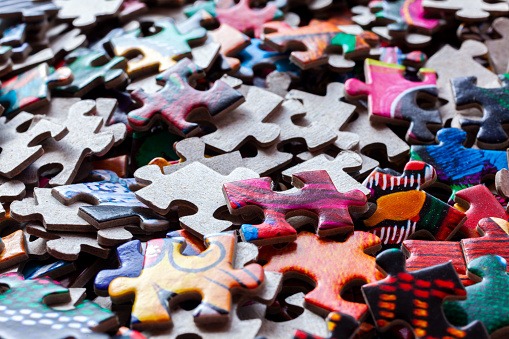 It is reported that thirty outraged first purchasers of the game were demand to return their money by the corporation who made his puzzle. However, their marketing strategy was successful. Their jigsaw puzzles earned them the title of the world’s best and most challenging and difficult puzzle maker.

As we know all, the earliest age of children’s a very important and fast developing period of the brain so we need to care about this and try to engage with interesting mind developing activities and one of them is solving a Jigsaw puzzle Delux.

The jigsaw puzzle Delux was started unintentionally but become a very important game in daily life even you can make world records by solving Puzzle problems and also making the largest Jigsaw puzzle world records. The world’s largest jigsaw puzzle recorded 5,428.8 m2 (58,435 sq. ft.) and had 21,600 pieces, each having a maximum size of 50 cm by 50 cm according to Guinness World Records.

On 3 November 2002, 777 employees constructed it at Hong Kong’s old Kai Tak Airport. You can also prepare your own Jigsaw and very simple things needed for making a puzzle-like a construction tray, roll-up mat, case, unassembled puzzle pieces, or frames for jigsaw puzzle. A jigsaw accessory’s primary role is to give a surface on which to create and swiftly pack the pieces together. Puzzle mats and jigsaw puzzle boards are among the most popular jigsaw puzzle accessories.

With the passage of time this game is available online on the internet with many domains and crazy game.com is one of them you can play online free jigsaw puzzle deluxe and entertain yourself and your kids with no age limitation here.

One of the fastest-solving puzzle records in the world Deepika Ravichandran, a fifteen-year-old student from East Hampton’s University High School of Science and Engineering, holds the Guinness World Record for the fastest puzzle solver in finishing a 250-piece jigsaw puzzle.

Even without a visual photo of the jigsaw, she completed the oval puzzle in 13 minutes and 7 seconds, assembling 18 pieces each minute. Isn’t it fantastic?